I have started my author interviews. First in the list is the successful Canadian author Sever Bronny. To those who are active in Kboards he is well known with his very popular thread. His fantasy books have sold over 2000 copies for less than three months and he plans more titles in his fantasy series. My rule of thumb is to listen to those who are successful and ignore the murmuring of others. I was very happy when Sever agreed to be interviewed. Here is what we talked about:

Hi, Sever, can you tell us what inspires you to write? How did it start?

I concluded a long and moderately successful music career and was trying to figure out what to do with myself. I used to play role-playing games like Rifts and AD&D, and missed that special atmosphere that came with those sessions. Like being in a dark room with friends, conspiring a story together. Picture a thunderstorm outside, rain pelting the windows, the panes shaking. So anyway, after reading Harry Potter for like the fifth time, I desperately wanted more. It was then that I started writing what I wanted to read. 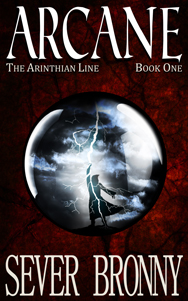 Do you find any parallels between music and writing?

Many. I get the same organic creative high from writing as I did with music. Thing is, I already wrote my musical opus, so I don’t feel the urge to make more. But writing … writing seems so much more infinite, just like it did back in those role-playing days. It’s also simpler to complete. Music was this giant machine of a process. There was a lot of people to consult, a lot of big mechanisms tat needed figuring out. And it was very expensive. Writing is small. It’s you and a laptop. That’s pretty much it.

Do you do it for money or for pure love or for both?

Love first, always, money second. But I’d be doing it if it wasn’t making a penny. It’s just too much fun, the entire process of writing, from marketing, to editing, to blurb writing (wait, not blurb writing. I hate writing my own blurb), to formatting (I can live with formatting now I guess). And then there’s all these wonderful author friends I’ve made. Truly feels like a community, one I feel deeply apart of, and lucky to know.

You write fantasy and young adult books; are you planning to expand to new genres? Do you have other favorite genres?

Not at this time. If anything, I’d write science fiction. But I love fantasy, it was my first true passion, and it’s rebirth in my mid-thirties is most welcome. I don’t see switching anytime soon.

Do you have a mentor and a teacher? I see you took inspiration from Russell Blake’s marketing lessons.

My mentors were and still are the alumni from Kboards. Most don’t post that much anymore, having moved on to successful careers in publishing. However, some remain. But I’ve always believed we as authors are each other’s mentors, sharing what works and what doesn’t. It’s a close-knit community whose respect takes a while to earn, where knowledge is a precious commodity, and paying attention to the lessons crucial to success. I spent months absorbing the nuggets of wisdom before making my first post, then over a year of kboards immersion before publishing Arcane (The Arinthian Line, Book 1).

Looking back, what were your biggest mistakes? Your greatest successes?

[bctt tweet=”My greatest mistake was not reading Amazon’s various Terms of Service agreements, particularly when it comes to how promotions are structured.”] I could have handled that better. I also flew by the seat of my pants when it came to booking paid promotions. You just can’t throw that stuff together last-minute effectively, it turns out. I mean, it worked out okay, but it could have been done a lot more efficiently and with less money spent.

Can you give examples?

Oh, in terms of Amazon’s promos, it turns out, for example, that you can’t run a promo (countdown) until after your first 30 days in Select. Also, you can’t do one 14 days before Select 90 day expiry. So there I was booking promos for wrong days. Ooops.

How do you cope with negative reviews and feedback?

Just a part of life. I think it’s Madonna that said, “If you buy into the good, you buy into the bad.” I mean, at some point you just have to believe in yourself, your product, know that you did everything in your power to make it the highest quality, and press on.

How did you find your editor?

In a bar in London, Ontario. We partied together, she moved in a month later. That was fifteen years ago. She’s still here, putting up with my antics. My amazing wife is my editor, my best friend, a voracious reader, and doesn’t hold back. The books go through approximately 10-12 full top-down edits /  re-writes, not to mention the self-editing done as I write.

As a Canadian, do you write in Canadian English or US English or do you upload separate versions of your novels for the appropriate marketplaces?

I just go with US English. I don’t like keeping track of different versions. Sorry, fellow Canuckers (I know ya don’t care though =P). There’re very few difference anyway. Gray. Grey. That kind of stuff.

How many words per day do you manage to write? Are you writing every day?

Are you an outliner or a seat of the pants writer? If you are an outliner, what software do you use to outline: Scrivener, Evernote or the old-fashioned Word? Do you do it manually by pen and paper? Do you create character sketches before or during your writing?

I do a bit of both. I outline the general premise, but let the characters dictate pace and some of the minor plot points. I don’t use outlining software. Just good ol’ fashioned pen and paper. And yes, I create detailed character sketches before writing, but sometimes I’ll wing it and make a character on the fly, only to complete his or her background later.

What is the writing software you use?

The writing software I use is Microsoft Word. One day I’ll move on to Scrivener though.

What kind of books do you prefer: ebooks, physical or audio?

I prefer paperbacks, but enjoy ebooks as well. Haven’t listened to too much audio yet.

What do you expect from yourself this year? How do you see yourself by the end of the year? And five years ahead? 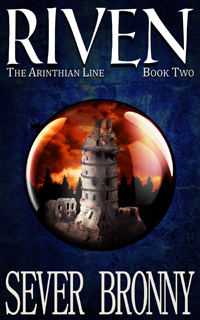 The goal is to release book 3 in the series in the summer, and finish writing book 4, maybe even release it by year’s end. Book 3 is already written and undergoing editing. That’s about as far as my calendar goes right now though =P

Marketing only works if you have a strong foundation. A killer cover, blurb, writing, keywords, and editing. Once you have that, and it’s passed the public critique test, you can try your hand at marketing. Staggering promotions over several days; placing a mailing list signup on the back of your book; having a presence on Twitter, Facebook, a blog, etc; interacting with people… these are all things that build a platform. It’s really a lot to go over. I wrote a detailed post on the subject here a while back, which I update occasionally.

What is your advice to those just starting out?

Learn as much as you can before hitting that publish button. Make sure the book and everything about it can compete against the big players out there. You’re competing against Simon & Schuster, Hachette, Penguin Random House etc. at the same price point. It’s you vs. a whole team of people, people who are specialized in their fields, people who know the salient points to touch upon. Your advantage? You have a community at your back that can steer you in the right direction. Those public critiques, though brutal, are worth their weight in gold. Use them as a starting point. Everyone’s going to chime in with advice too, and much of it conflicting. It’s up to you to sort what works and what doesn’t. And don’t be afraid to ask questions.

What would you say to the folks out there who have been publishing for a few years now but are not seeing success?

I don’t feel qualified enough to give them advice. Publishing is challenging regardless what level you’re on, and everyone’s got an opinion as to what works.

Some writers are so disheartened as to consider quitting. What are your thoughts on this?

I think being honest and open in your writing community certainly can yield nuggets of wisdom and make a disheartened soul feel better. That said, I quit music and don’t regret it one iota. Music was everything to me, and I thought I was going to do it until I die. When I stopped, I didn’t know who I was for a while. But was it ever the right decision! Sometimes it’s worth letting go and suffering a while to find happiness. I feel for those people and wish them nothing but the best of luck. It’s a deeply personal struggle, one I’m intimately familiar with having gone through it.

As authors, we’re competing against multiple platforms of entertainment: smart phones, games, the internet, music, TV, etc etc etc. We simply have to step up our game and write more entertaining stories. If you think the future has a short attention span, write to that (increase pace, write simpler prose, quicker scenes, etc). People said the written word was dying in the late 90’s (and every decade before in all of history) and then Harry Potter came along. Those are big books, but holy crap are they entertaining.

Your favorite authors and books?

Not sure if I really have favorite authors, just books. In fantasy I love the classics—Harry Potter, Lord of The Rings, Dragonlance, etc. Game of Thrones is up there. But I also love harrowing non-fiction survival tales. Into Thin Air by Jon Krakauer. Shadow Divers. Alive. I’ve read most of the major sea, polar and climbing stories. Can never get enough.

What was the last book you read?

I’m one of those people that has thirty+ books open and on the go, all in various genres. Recent ones I finished are No Such thing as Werewolves by Chris Fox and The Witching Elm by C.N. Crawford. I have Dawn McKenna’s See You cued up, along with a slew of others.

Thanks for answering my questions and being part of my interview.

My pleasure, thank you for having me!

Sever Bronny is a musician and author living in Victoria, British Columbia. He has released three albums with his industrial-rock music project Tribal Machine, including the full-length concept album The Orwellian Night. One of his songs can be heard in the feature-length film The Gene Generation. His love of fantasy began with Dragonlance and continues on with Harry Potter. The Arinthian Line is his first series, currently consisting of ARCANE (The Arinthian Line, Book 1), and RIVEN (The Arinthian Line, Book 2). Connect with him at his website severbronny.com.

Are you an author? Do you want to be interviews? Contact me here and subscribe to my email list to be notified of all the publishing events and news.