A Tale about Taming the King's Horse -

…or How to Tame One’s Own Mind 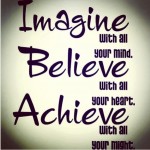 Once, in a kingdom, a king had a beautiful black horse. The king loved this horse very much because of its beauty and gracefulness. But the horse was so wild and contumacious, so that no one could tame him despite the king’s will. The king wanted so much to ride this particular horse, that he set a prize – whoever brought to him the horse tamed, would marry the king’s  daughter and would succeed his kingdom. Princes, knights and common folks came from all over the world in pursuit of the award. Some went injured, others were killed but no one achieved anything. The king was desperate. He lost faith and gave up. One day, a stranger came to the gates of the king’s palace. He was coming from very far away and was exhausted so the guards had to give him food and water to regain power. After he rested, the king called the stranger and asked him why he had come to the kingdom. The man replied he wanted to tame the king’s horse. The king said the horse was hopeless and that thousands had come to tame him and yet no one had succeeded. The stranger replied that he would tame the king’s horse but in his own time and way. He further asked to see the horse. When the stranger saw the animal he beckoned the king to release it. The king was speechless – his horse was waiting only for this. But eventually he agreed, because he couldn’t ride it either way. When the guards opened the gates, the horse went away rapidly. The stranger followed him. Days together, months together the horse was running and the stranger was following him. The horse was running through mountains, meadows, roads… Wherever he passed through, the stranger followed him invariably. Slowly, the horse started getting used to its follower. He began to shorten the distance between them. One day, the horse was resting on a meadow and was grazing, the stranger approached the horse and gave him an apple. The horse took it. Slowly, after a couple of weeks, the stranger could touch the horse. Finally, one day he rode it straight to the kingdom. When the king saw his beloved horse and the stranger he couldn’t believe his eyes. The stranger received his award and lived happy to the rest of his days.

The spiritual lesson here: the mind is like the black horse too – beautiful and dangerous. In order to be tamed, it must be released and then followed patiently.

A Tale about Taming the King’s Horse
Tagged on: black horse    King    tale    taming the mind