Inspirational stories -
I have always loved tales, especially inspirational ones. They always

bring me back to my childhood, to a place where the magic is alive, wisdom is the standard and I feel innocent and simple as a child.
I love in particular Sufi tales, because in the Sufi tradition stories and dreams have a special meaning. If you want to learn more watch this video:

I will share with you three inspiring stories for 3 consecutive days. Two of the tales are Sufi and the other one is Indian. The first one I know from Swamiji:

The Sufi Master and the Archery Competition 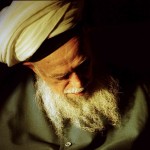 … or just be yourself
Once upon a time, there was an archery competition in a kingdom. A Sufi master and his disciples attended the event too. His disciples wrote his name in the list of the competitors without the master’s knowledge. When the organizer announced that it was the Sufi master’s turn to shoot with a bow, the crowd went silent. The Sufi master was respected and nobody expected he would compete. The master himself was surprised to hear his name but quickly realized his disciples were responsible for that. He took the bow silently and very quickly, without even glancing at the target, he shot. The arrow went high in the air without even nearing the target. The crowd started murmuring: “How did the great master miss the target?”
He said nothing, but only took another arrow and this time aiming quickly at the target made his shot. The arrow scored the bottom of the target. The people again started talking.
For the third time the Sufi master took an arrow, aimed at the target carefully and shot. This time the arrow hit the center. The crowd again started speaking so excitedly that the organizer had to intervene and restore the order. He spoke to the master:
“Great Sufi master, you scored three times and out of the three shots only the last one hit the center of the target. Could you please explain to us, why did you shoot all these times?”

The spiritual lesson here: no matter what the competition or the circumstances may be, stay true to your inner nature, to yourself.

In the words of Shakespeare: “This above all: to thine own self be true“.